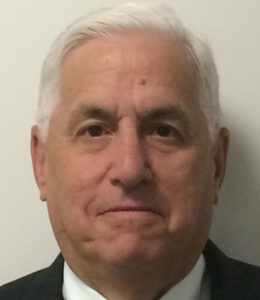 Steven Woolf joined the Washington office of the Jewish Federations of North America as Senior Tax Policy Counsel in February, 2007. In his position, Steven fulfills the role of chief advocate and lobbyist on legislative proposals, administrative regulations, and public policy issues before Congress and the Executive Branch regarding non-profit tax issues. He also works closely with planning giving colleagues at JFNA and throughout the Federation movement. In addition, Steven coordinates the activities of the JFNA Emergency Committee which was formed over 25 years ago as a mechanism for the Federation movement to provide assistance to those impacted by natural and man-made disasters.

Steven spent most of his career working in the National Tax Office of the Big Four accounting firm, PricewaterhouseCoopers and its predecessor Coopers & Lybrand, representing clients on tax legislative and regulatory issues before the Congress, the Treasury Department and the Internal Revenue Service.

He received his B.S.F.S. from Georgetown University, his M.A. from Brown University, and his J.D. from the American University. A frequent lecturer at professional education programs, Steven serves on the Board of Advisors of the New York University Law School National Center on Philanthropy and the Law and is also the author and editor of numerous articles and books including the Coopers & Lybrand Guide to Business Tax Strategies published by Simon & Schuster and International Tax Summaries published by John Wiley & Sons.