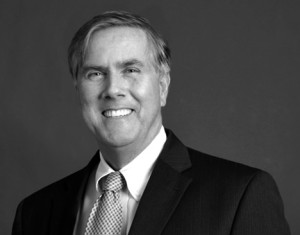 Thomas Blaney is a partner at O’Connor Davies and Director of the Private Foundation Practice. He has spent more than 25 years specializing in the accounting and tax aspects of exempt organizations.

A member of the firm’s executive committee, he is a frequent speaker at private foundation conferences and has written numerous articles on not-for-profit topics, maintaining an active role in a number of professional and community organizations. His work has appeared in many leading business publications, including The Wall Street Journal and Barron’s, among others.

He is a Certified Fraud Examiner, a licensed CPA in the states of Florida, New York, and Pennsylvania, and a member of the Panel on the Nonprofit Sector’s “990 PF Reform Advisory Committee”. Most recently, Tom received the 2015 “Ahead of the Curve” award, which is presented yearly to the CPA who stays ahead of new legislation and trend on behalf of his clients.

Tom maintains an active role in a number of professional and community organizations. He is currently on the leadership committee of the Support Center for Nonprofit Management, is the treasurer of the both the McCaddin-McQuirk Foundation and the Breezy Point Disaster Relief Fund, holds several board and committee positions with Exponent Philanthropy (formerly known as the Association of Small Foundations), and is a board member and treasurer of the Hudson Valley Chapter of the Make-A-Wish Foundation.