On Tuesday, March 12, we hosted the Alliance for Charitable Reform Leadership Breakfast in conjunction with Foundations on the Hill (FOTH). The breakfast featured a panel of senior Hill tax staff, from both sides of the aisle and the Capitol, who gave FOTH attendees an exclusive preview of the happenings on the committees where decisions about the charitable sector are made – the House Ways and Means Committee and the Senate Finance Committee. 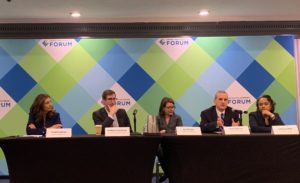 Panelists addressed, among other topics, the importance of sharing your organization’s story with lawmakers, conveying what policy issues are most important to your mission, and advocating for realistic policy changes. They also touched on specific policies, including the charitable deduction and the transportation and parking UBIT provision from the Tax Cuts and Jobs Act.

Following the Leadership Breakfast, foundation leaders took the information they learned from the panel and headed to the Hill where they spent the day meeting with key lawmakers and their staff. These attendees included members of ACR’s leadership team, who discussed with lawmakers the critical role of philanthropy in their communities. 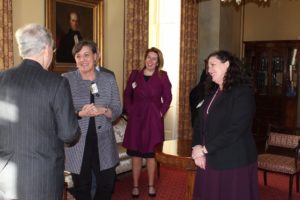 Above, Mason Rummel, president and CEO of the James Graham Brown Foundation in Louisville, Kentucky, and a member of ACR’s leadership team, speaks with Senate Majority Leader Mitch McConnell (R-KY).