In reaction to the devastation wrought by natural disasters over the past couple years, the Ways and Means Committee passed disaster tax legislation in June that includes a provision to swap the current two-tiered private foundation excise tax to one flat revenue-neutral rate of 1.39 percent, meaning there would be no cost to the federal Treasury.

Why is this in a disaster bill? Congress recognized that if a foundation wants to make an extraordinary gift, say to help with hurricane cleanup, that extraordinary gift could cause the foundation to pay the higher of the two-tier excise tax, 2 percent, for the next several years. That could cause foundations to pause before they give, so Congress wants to eliminate that disincentive, but wanted to do so at no cost – hence, the flat rate of 1.39 percent.

While we are delighted to see Ways and Means acknowledge the two-tiered tax is flawed, ACR and colleague organizations have historically supported a flat 1 percent rate, as any rate above that would be a tax increase on many foundations.

We’re working with our Senate allies to encourage them to lower that flat rate to 1 percent should the full House vote to pass the disaster bill. As for allies in the Senate, Senators John Thune (R-SD) and Robert Casey (D-PA) have a bill, the CHARITY Act, that includes a flat 1 percent rate.

Our take: The simplification of the PF excise tax, whether it be to 1.39 or 1 percent, is at the mercy of year-end politics (which have gotten trickier lately) and what can get through a divided Congress and land President Trump’s signature. A unified voice in the sector is an important step that we’ve achieved with our colleagues, and we’ll be coordinating our advocacy with those colleague organizations to best position our issue.

At the end of 2017, Treasury released a formal Notice that they were considering crafting regulations to help the IRS more easily determine whether an organization should be classified as a charity or a private foundation, based on whether the organization had legitimate “public support.” Following that Notice there was great concern that Treasury might require the disclosure of donors to DAFs that support certain charities. Given the potential threat this poses to donor privacy, ACR submitted comments and worked with an ad-hoc coalition of stakeholders to craft compelling arguments, which we presented to the technical staff at the Treasury Department and then to senior officials more recently.

Our take: Donor privacy is important to philanthropic freedom and must be protected. Based on our recent meetings at the Treasury Department, we’re more comfortable that future regulations will maintain a donor’s privacy.

As you may recall, the 2017 tax bill included a new 21 percent tax on foundations that pay their family officers and employees more than $1 million. However, the law also included in that $1 million compensation received from “related organizations,” which means salaries earned by family foundation officers at the family business.

Not only does this have a financial impact on foundations (and related companies), but it will also have officers rethinking lending their expertise to nonprofits, therefore resulting in real implications for meaningfully engaging in civil society.

ACR met with Treasury officials earlier this year and summarized our concerns in a formal comment letter. There are only certain parts of the law that Treasury can address, such as exemptions, but it will take also take congressional action to address other concerns. As for timing, we expect Treasury to issue guidance soon that will likely include both exemptions for volunteer officers of foundations and for those that spend a minimal time at, or receive minimal compensation from, the foundation.

On September 19 a Ways and Means subcommittee held a hearing titled “How the Tax Code Subsidizes Hate.” Witnesses impacted by gun violence testified about their experiences and how certain organizations promoting biases and inciting hate benefit from tax-exemption. These witnesses begged committee members to take legislative action to strip the tax exemption from hate groups and/or force the IRS to do so.

Both Republicans and Democrats condemned groups that incite violence, but other witnesses expert in the First Amendment and the scope of the IRS’s enforcement actions made it clear that Congress would face an uphill battle in trying to take legislative action. Moreover, because of the scope of the First Amendment, the IRS’s hands are tied in all but very narrow circumstances. Recognizing a lack of resources at the IRS, committee members called for more funding to help the agency match an exempt organization’s activities with its stated mission.

Since 2017, ACR has been hosting meetings in lawmakers’ hometowns for foundation leaders and grantees to discuss recent charitable giving trends and how Congress can help support policies to expand giving. Since then we’ve hosted more than 15 meetings from Los Angeles, CA, to Orlando, FL, to Mishawaka, IN.

What We Learned from Senator James Lankford (R-OK) 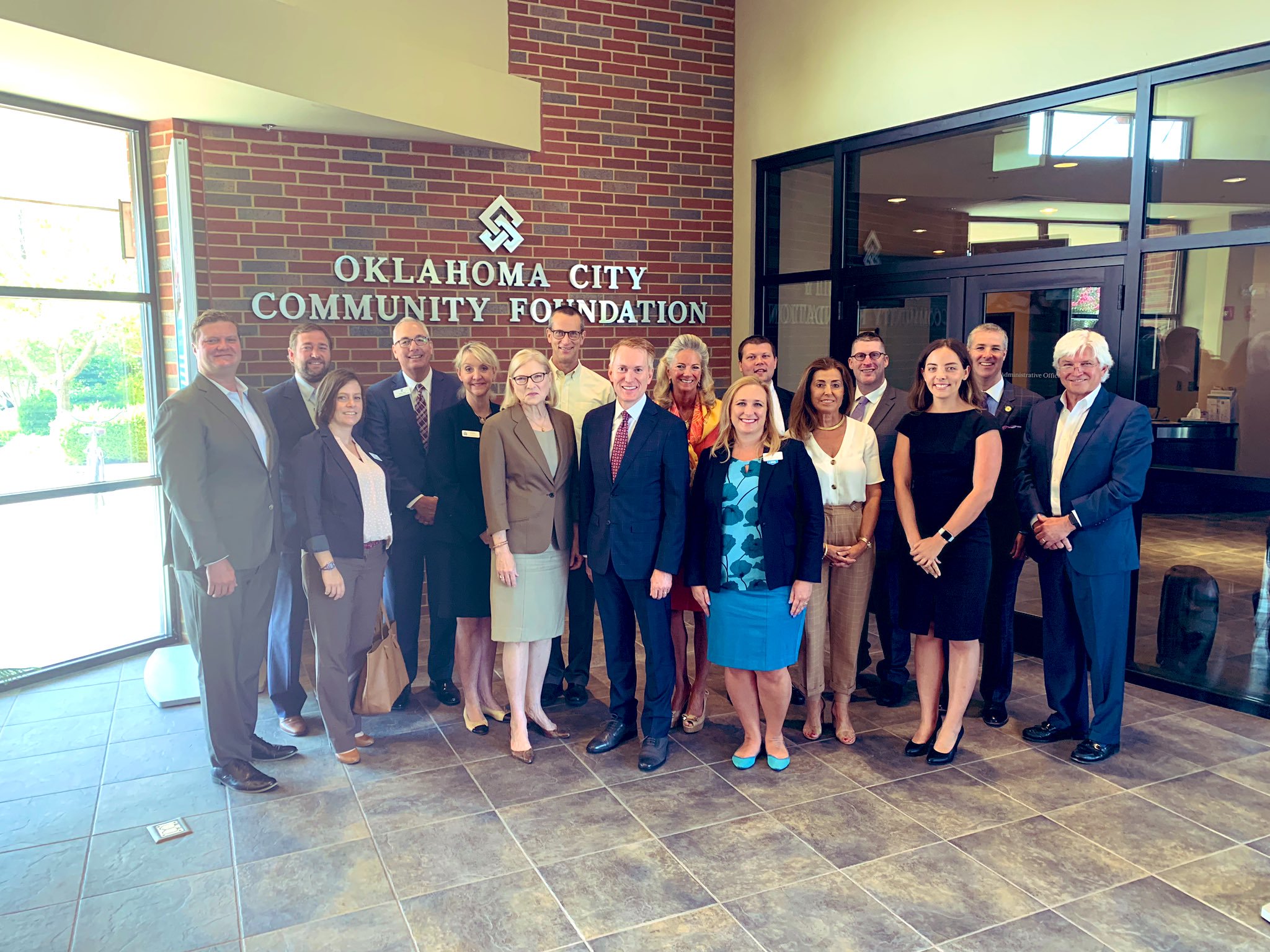 Senator Lankford is very data-driven, and he indicated at the meeting he would like to see a “trend” in charitable giving going down before he makes a big push for an expanded charitable deduction in the Senate. He told attendees he’s waiting for data from the IRS, which is expected in March, on 2018 giving numbers. We look forward to our continued work with the Senator and his staff on issues affecting the charitable sector.

Follow us on Twitter @ACReform for live updates on our Hometown Engagement Project and see what your lawmakers have to say about recent charitable giving trends.

Last week the Senate passed a spending measure to fund the government through November 21, and President Trump signed it into law on Friday. Keep in mind, while the spending measure averted a government shutdown this month, lawmakers will need to readdress government funding before Thanksgiving, which includes passing a dozen spending bills and coming to an agreement on tricky issues, such as the ongoing feud over funding for a border wall.

Additionally, as we approach the end of the year, lawmakers and staff are beginning to put together a year-end, catch-all bill and prioritize what to include. We expect some fixes to the 2017 tax bill, including the repeal of the transportation/parking UBIT and the extension of expired tax incentives, known as tax extenders, to be included. Lawmakers on both sides of the aisle have acknowledged the need to fix certain provisions in the 2017 tax bill, but these fixes will require trade-offs, which will become clearer as lawmakers negotiate in the coming months.

As you know, ACR updated our Roadmap for Action for the 116th Congress, which offers a 12-month plan to engage with lawmakers and influencers in your community and in Washington.

October’s action item is to invite your local Congressman to your organization to discuss to issues affecting the charitable sector. With the recent release of GivingUSA’s annual report, this is a great opportunity to bring the decline in giving to your lawmakers attention and the impact it has on your organization and community. You can find all the resources you need here.