Over the past several days, House and Senate Republicans released their respective 2016 budget resolutions. The Senate plan cuts $5.1 trillion in spending over the next ten years, whereas the House proposal reduces spending by $5.5 trillion.

While the ultimate product is not binding, from a political perspective these proposals are more meaningful than in past years as both the House and Senate are under Republican control. A new joint budget resolution – agreed upon by both the House and Senate – would only set broad goals for spending levels in each department of the federal government. Keep in mind that while budget resolutions require a simple majority to pass, the GOP majority in the Senate is slim and if the budget is too extreme, it could make some Republican senators who are up for reelection in swing states vulnerable during their 2016 campaigns. At the same time, a watered-down budget proposal may lose the support of more conservative members.

As for next steps, both the House and Senate Budget Committees marked up their budget resolutions this week. Full votes in each chamber are expected later next week and, should the resolutions pass, a conference committee would convene to reconcile differences between the two plans. This sets up a showdown between fiscal conservatives, who want to rein in spending, and pro-defense Republicans, who want to increase funding for the military.

It’s important to note that under congressional rules, budget resolutions require a simple majority to pass the House and Senate. Therefore Republicans would bear most of the responsibility if a bill fails to pass. Follow-up legislation will be required to actually implement and allocate federal spending. That is expected to take place before current federal funding expires on September 30.

The House budget plan is largely silent on tax reform. It calls for “comprehensive tax reform that would include lower rates for individuals and families, as well as large corporations and small businesses who often file their tax returns through the individual side of the tax code.” This breaks from previous budgets, which focused on lowering the top individual and corporate rates specifically to 25 percent. The document does not offer any details about cutting specific tax breaks to broaden the base, except “by closing special interest loopholes that distort economic activity.” Charitable giving incentives were not mentioned.

Similar to the House proposal, the Senate resolution contains few details on tax reform. Instead of calling for specific rates, the proposal stresses the need to reform the code and “extend certain expiring tax relief provisions for innovation and high quality manufacturing jobs” and to “repeal the 2.3 percent excise tax on medical device manufacturers.” No other specific tax incentives are mentioned.

Ways and Means Member Aaron Schock (R-IL) announced this week that he will resign from Congress in the face of scrutiny over his use of taxpayer dollars. Schock’s resignation is effective March 31.

Schock’s retirement leaves an open seat on the Ways and Means Committee. Early reports indicate that Republican House Members are already lining up for the spot. You may recall that at the end of last year, four members were “on the bubble” to fill vacant seats: Representatives Bill Huizenga (R-MI), Reid Ribble (R-WI), Tom Rice (R-SC), and Todd Rokita (R-IN). The selection process could take weeks after Representative Schock’s resignation goes into effect.

The Philanthropy Roundtable announced this week the public release of its latest guidebook, Agenda Setting: A Wise Giver’s Guide to Influencing Public Policy, which will help readers understand the growing role of donors in altering law, opinion, and public policy.

The book presents a diverse collection of human stories, case studies, and advocacy efforts from the annals of U.S. public-policy philanthropy, spanning from the pre-Civil War era to controversies in 2015. It makes clear that public-policy philanthropy is nothing new in America, and that private policy-shaping efforts have mirrored the expansion of the public sector—where government has tripled in size from 12 percent of U.S. GDP in 1930 to 36 percent today.

Agenda Setting: A Wise Giver’s Guide to Influencing Public Policy can be downloaded as a free PDF at The Philanthropy Roundtable’s website or purchased as an e-book at Amazon and other outlets.

Finally, we would like to thank all of you who came to this week’s ACR Summit for Leaders. We had a surge in registration and higher attendance than originally anticipated. We are grateful for the active members of the charitable sector who are vigorous in their defense of protecting philanthropic freedom. We will be posting video of two of the panels from this year’s Summit on our YouTube page next week. 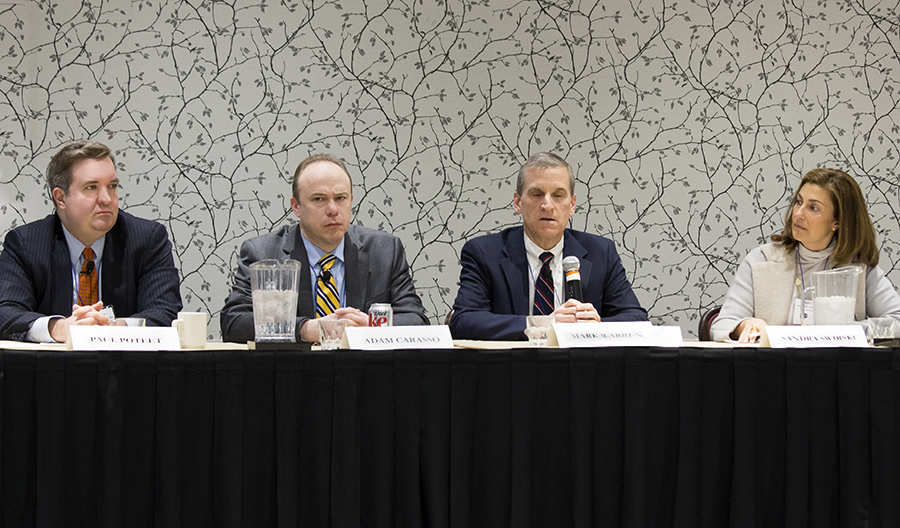 Please feel free to email us at

if you have any questions, stories or topics you would like us to include in our newsletter.