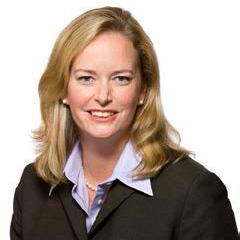 Prior to joining Bradley, she was a major gifts officer for the Heritage Foundation for ten years. She also worked for the European Foundation for Democracy, a Brussels-based NGO that fights the spread of radical Islam in Europe. From 2002-2004 she worked for DonorsTrust as an associate director, learning the ropes of donor-advised funds and conservative philanthropy from the best – the late Whitney Ball. She began her career as an intern at The American Spectator magazine, advancing up the ranks to become their first online editor.

Jessica graduated from Vanderbilt University with degrees in cognitive studies from the Peabody College for Education and political science. She has been on the board of TeamCFA and Pioneer Prep – both devoted to expanding school choice in high-risk communities. She lives in Whitefish Bay with her husband, Major William Dean, who is an F-16 pilot in the Wisconsin Air National Guard and her four year-old son, Griff as well as two dogs and a horse.