>> Federal: DAFs and Donor Privacy: Who Wants to Know and Why?
>> Federal: Congress: New PF Excise Tax Legislation
>> Federal: Presidential Tax Plans
>> Other News You Can Use: Government Funding
>> Federal: Roadmap for Action
>> Top Reads: A wealth tax could have unpredictable effects on politics and philanthropy

DAFs and Donor Privacy: Who Wants to Know and Why?

Last month, the Philanthropy Roundtable held its Annual Meeting in Carlsbad, California. As part of the programming, ACR hosted a breakfast on donor-advised funds (DAFs) and the growing challenges the sector faces on the both the state and federal levels when it comes to protecting anonymity of donors.

We were joined by Seyron Foo, vice president for public policy and government relations at Southern California Grantmakers, and Gina Dalma, senior vice president for public policy at the Silicon Valley Community Foundation. Speakers gave an overview of recent instances at both the federal and state levels where policymakers are considering peeling back DAF anonymity to learn the identity of certain donor-advisors, among other things. 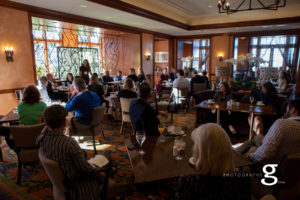 Sandra Swirski, executive director of ACR, kicked off the breakfast with a recap of attempts in DC and in the states to strip anonymity from DAF advisors.

As you may recall, the California legislature is considering legislation that would give the Attorney General wide-ranging authority to demand donor information from donor-advised fund sponsoring organizations. ACR has worked with our California allies to defend against intrusive policies that would strip away donor privacy from these donors, and we plan to continue this work as the State Assembly considers this legislation in January 2020.

Our take: Donor-advised funds are a fast-growing, philanthropic tool that allows donors flexibility and if they choose, anonymity, which has resulted in a huge increase in resources earmarked for charity. This is great news for the charitable sector. Legislation that would turn back the clock on this popular philanthropic tool, by outing donors who choose to remain anonymous, is not consistent with philanthropic freedom.  ACR plans to fight efforts to strip away a donor’s privacy at both the state and federal levels.

Reps. Danny Davis (D-IL) and George Holding (R-NC) introduced legislation, H.R. 4953, last week that would streamline the private foundation excise tax to a revenue-neutral rate of 1.39 percent, meaning there would be no cost to the federal Treasury.

ACR and colleague organizations have previously advocated for a flat 1 percent rate and have gotten close to getting the simplified rate in the House twice as part of the America Gives More Act. However, we understand from our members that simplifying the current two-tiered system is a priority, as the uncertainty around what tax rate PFs will pay can be a hindrance to increased grantmaking. So, we have come together with our colleagues in the sector, at both the national and regional levels, to support the 1.39 percent rate.

You may recall, the Ways and Means committee passed a disaster tax package in June that included this provision to streamline the PF excise tax to a flat 1.39 percent. We’re hopeful as lawmakers near the end of the year they’ll consider including the PF excise tax simplification in a year-end tax package, and private foundations will now be able to grant with certainty and without the looming possibility of a higher percent tax.

As we approach the 2020 election, we’re keeping a close eye on tax proposals that could impact the charitable sector. So far, two of the Democratic hopefuls vying for the nomination have introduced plans that could impact philanthropy: Elizabeth Warren and Joe Biden.

Elizabeth Warren proposed a wealth tax, designed by Berkeley economists Emmanuel Saez and Gabriel Zucman, that would levy a 2 percent tax on wealth between $50 million and $1 billion and a 6 percent tax on wealth in excess of $1 billion. Saez and Zucman have suggested the tax should apply to foundation and donor-advised fund assets if those assets are still controlled by the donor. The intent is to either put non-donors in control of the assets or encourage philanthropists to spend their funds faster, but it could devastate the charitable sector by both disincentivizing wealthy Americans to give to charity, and encouraging philanthropists to make hasty, uninformed gifts.

Joe Biden proposed a higher education plan that has an all-too-familiar-pay-for. Similar to several budget proposals submitted by President Obama during his tenure and then-presidential candidate Hillary Clinton’s tax plan, Joe Biden proposes paying for higher education reform by capping itemized deductions, including the charitable deduction, at 28 percent. Keep in mind, when this proposal was put forward by President Obama and again by then-candidate Hillary Clinton, the charitable deduction cap was met with great opposition from the charitable sector.

Our Take: These proposals are all but sure to stifle philanthropy if enacted, and it’s important to educate candidates on the direct and indirect effects their economic proposals can have on such a critical sector in society. ACR will be responding to candidates during the campaign season as they release proposals that could impact the charitable sector.

Government funding levels expire on November 21, and with only eight legislative days until that deadline, lawmakers have begun discussions around a continued resolution (CR), which extends current funding levels past their expiration. There are several outstanding conflicts that make this more likely to happen, such as the House’s impeachment inquiry into the president and the president’s demand for border wall funding. Many programs funded by this spending could impact your grantees, so we’ll continue to keep you updated as Congress’ negotiations progress.

Additionally, Senate Democrats recently tried – and failed – to overturn a Treasury rule that prevents states from using charitable “workarounds” to circumvent the new state and local tax (SALT) deduction cap that was included in the 2017 tax bill. Last year, some high-tax states created programs that would allow residents to mask their state and local tax payments as charitable gifts, therefore avoiding the cap and using the charitable deduction instead. So, Treasury issued rules that would prevent these types of workarounds. While the effort failed nearly along party lines (Sen. Rand Paul (R-KY) was the only Republican to vote for the measure and Sen. Michael Bennet (D-CO) was the only Democrat to vote against the measure), we don’t expect this will be the last attempt to soften the SALT cap, even at the expense of real charitable giving. Allowing taxpayers to use charitable giving to skirt the cap not only blurs the lines between government and charity, but it also devalues genuine charitable giving. Check out what we’ve written on our blog for more background on this issue.

As you know, ACR has a Roadmap for Action for the 116th Congress, which offers a 12-month plan to engage with lawmakers and influencers in your community and in Washington.

November’s action item is to write a letter to the editor of your local newspaper. This is a great opportunity to communicate with influencers in your community about issues affecting the charitable sector, including the decline in charitable giving and how it impacts your organization. You can find all the resources you need here.

National: A wealth tax could have unpredictable effects on politics and philanthropy

National: Fewer Americans are giving money to charity and it could be because they’re spending less time with God

National: Share of Households That Give Declined 13 Percentage Points Post-Recession

National: 68% of Voters Favor Political Candidates Who Would Help Charities

National: Americans Are the Most Generous People in the World, Study Says

News Alert: COVID Relief and Its Impact on Foundations and Grantees