Last week, we hosted the ACR Leadership Breakfast in conjunction with Foundations on the Hill, which featured our ever-popular congressional staff panel. More than 275 foundation leaders and other colleagues from the sector joined us for a briefing on the legislative agenda and what the sector can expect from Congress this year. 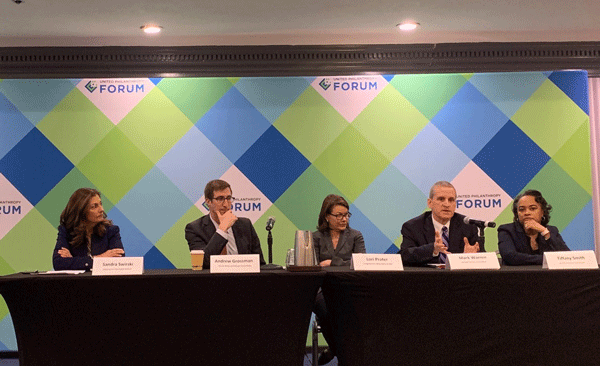 To read more about the Leadership Breakfast and FOTH, and what the panelists discussed, check out our recap here.

A few weeks ago, a study that examined donor-advised funds (DAFs) was published, and among its findings includes important data that show DAF grantmaking is notably resilient in economic downturns compared to other types of charitable giving.

Our Take: These findings, while not surprising to many in the DAF community, provide a new and important perspective. And one that should resonate with lawmakers. We took a deeper dive into the data here, and we encourage you to take a look.

Last month, Rep. Danny Davis (D-IL) introduced legislation (H.R. 1260) that would create a universal charitable deduction to allow all taxpayers to get a deduction for their charitable donations, regardless of whether they take a standard deduction or itemize their donations. You can read more about this legislation and how Rep. Davis is well-positioned to lead it here.

ACR and our colleagues in the charitable giving coalition are working with Rep. Davis’ office to identify potential cosponsors in order to build support for the bill. Currently, Rep. Eleanor Holmes Norton (D-DC) is the only cosponsor.

Recently, ACR staff and local nonprofit leaders met with Rep. Linda Sanchez (D-CA) in her Los Angeles area office where attendees discussed alarming trends in charitable giving and how lawmakers can tackle them. Rep. Sanchez is a member of the Ways and Means Committee, which has sole jurisdiction in the House over the charitable sector. For an overview of the meeting and more information on the charitable giving trends we discussed, head to our blog. 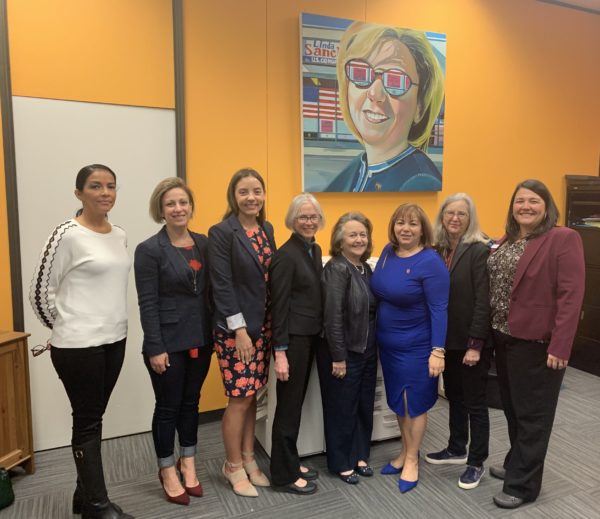 Wendy Garen from the Ralph M. Parsons Foundation and Sara Barba from ACR joined colleagues from the sector for an in-district meeting in Los Angeles with Ways and Means Congresswoman Linda Sanchez (D-CA).

On February 28th, Senate Finance Chairman Chuck Grassley (R-IA) and Ranking Member Ron Wyden (D-OR) introduced legislation to retroactively extend through 2019 a host of tax breaks, known as tax extenders, that expired at the end of 2017 and 2018. The legislation also provides disaster relief benefits to individuals and businesses affected by major disasters in the last year.

In the House, you may recall Ways and Means Chairman Richard Neal (D-MA) said recently the committee could act on a similar “extenders package” early this year. Toward this end, the House Ways and Means Select Revenue Subcommittee recently held a hearing on these temporary provisions, which is a first step in the legislative process.

Our Take: Both House Ways and Means and Senate Finance are making progress on tax extenders, but we expect the House to take its time. It has a new majority and its leader, Ways and Means Chairman Richard Neal (D-MA), doesn’t want to rush anything by his members, particularly because 14 of the 42 members are brand new to the committee.

Of note, we expect when the bill does pass it will include a provision that would incentivize donors to give even more to disaster relief organizations by raising AGI limits on deductions for charitable contributions to these types of organizations.

Two pieces of legislation were introduced last month that are getting a lot of press and interest by the sector.

Repealing the New Tax on Parking and Transportation Benefits

As you may know, as part of the tax bill, congress included an unrelated business income tax (UBIT) on the parking and transportation benefits tax-exempts offer to their employees. The tax-exempt sector has raised concerns that this tax diverts funds away from important mission-related work at the same time they are adjusting to another of the new tax law’s consequences – fewer donors.

From private conversations with lawmakers we understand repeal is very much in the cards this year. According to congressional staff, but for the government shutdown at the end of last year, this tax would likely have been repealed in 2018. Stay tuned for more updates this year.

Senator Ted Cruz (R-TX) and Rep. Bradley Byrne (R-AL) introduced legislation on February 28 that would provide a federal tax credit to encourage individuals and businesses to donate to nonprofit scholarship granting organizations. The Education Freedom Scholarship and Opportunity Act is supported by Education Secretary Betsy DeVos and the administration, and it currently has six cosponsors in the Senate (S. 634) and 48 cosponsors in the House (H.R. 1434).

Last week, President Trump proposed his administration’s recommendations for a $4.75 trillion budget for fiscal year 2020. The Budget for a Better America calls for increased defense spending, additional funds for a border wall, and sharp cuts to programs such as Medicaid, environmental protection and food stamps.

Our Take: The President’s budget proposal does not bind Congress, rather it serves as a roadmap of the administration’s priorities and agenda. To us, this roadmap raises a red flag because it includes several controversial priorities not backed by Democrats that raise the possibility of another impasse on a spending deal when funding runs out at the end of September.

Consider This – Roadmap for Action

Foundations on the Hill and ACR’s Leadership Breakfast is an annual opportunity to gain Capitol Hill intelligence, educate staff and lawmakers about the charitable sector, and advocate for your organizations. It’s so important to make lawmakers aware of all the good work the sector does, and having a unified voice convey the message is certainly impactful.

However, it’s just as important to continue to engage with lawmakers and thought leaders on policy when you’re back home in the district. These officials were elected to serve their constituents, and they need to hear from you all year long!

Flying to Washington, DC, and spending two days straight on Capitol Hill can be exhausting, but not all engagement requires that much time, travel and effort. There are so many things you can do – if even just once a month – to enhance your federal engagement.

ACR recently unveiled its Roadmap for Action for the 116th Congress. As you may recall from previous years, the Roadmap offers a 12-month plan to engage with lawmakers and influencers in your community and in Washington.

March’s action item was to attend Foundations on the Hill and ACR’s Leadership Breakfast, an action many of you successfully completed last week. To build on that, next month’s action is to write a letter to the editor of a local paper about your organization, which is the perfect opportunity to share what you learned in Washington.

Check out our Roadmap for the 116th Congress here, and find additional resources here.

To keep up to date on what’s going on in Washington, keep an eye out for #HillScoop and #SectorScoop on Twitter @ACReform.