The ACR newsletter tracks with the end of congressional sessions to highlight the most important developments here in Washington. The timing will vary, based on the congressional calendar, but you can expect a newsletter from us about once a month. In the meantime, we’ll be sharing significant developments through our email News Alerts and in real time on our Twitter feed (@ACReform) through our #HillScoop and #SectorScoop updates.

White House: President Trump’s Budget and State of the Union

Last week, President Trump submitted to congress a budget proposal for fiscal year 2021. The president’s budget is seen as a legislative wish list for the coming year, and it is not official legislation. Typically, the president’s budget proposal lays out spending and tax priorities, and many expected President Trump’s most recent budget proposal to include further details around a second round of tax cuts. The document did not provide any details on more tax cuts, but it did reference the 2017 tax bill in an assumption that congress would extend the individual provisions that are set to expire in 2025.

Following the release of the budget, Treasury Secretary Steven Mnuchin headed up to Capitol Hill to answer taxwriters’ questions about the proposal. Of note, he requested that congress make permanent the temporary individual provisions from the 2017 tax bill, but he did not provide further details on a second round of tax cuts.

On February 4th, President Trump delivered his State of the Union address, during which he touted the 2017 tax bill and the strong economy. He did not talk about a second round of tax cuts then either, but on Friday, February 14, National Economic Council Director Larry Kudlow said the Tax Cuts 2.0 plan will be released sometime in September, and under consideration is a 10 percent middle-class tax cut.

Earlier this month, former New York Mayor Mike Bloomberg released an economic plan to includes a tax increase on the wealthy. Unlike the wealth tax proposals presented by other candidates, such as Senators Bernie Sanders (I-VT) and Elizabeth Warren (D-MA), which would tax accumulated wealth, Bloomberg’s plan instead imposes a 5 percent surtax on income over $5 million a year. Increasing taxes on the highest-income taxpayers could have a chilling effect on charitable giving, because the more they pay in taxes, they less they have to give to charitable causes.

We’re continuing to monitor presidential candidates’ tax proposals that could impact philanthropy, and we’ll keep you updated as more details of these tax plans come out.

ACR continues to monitor the regulatory process at Treasury while some of our most important issues are being addressed. First, you may recall that Treasury is working on regulations around how private foundations use donor-advised funds to meet their 5 percent payout requirement. In response to an official Notice released in 2017, ACR submitted comments outlining a variety of reasons why private foundations might choose to give through a donor-advised fund, and we’ve held meetings with Treasury officials as well. Late last year, Treasury indicated the proposed regulations were being drafted to be released sometime early this year. Given some recent staff changes at the department, that timeline could slip a month or two, but we still expect to see something this year.

You also may recall we’ve been monitoring forthcoming regulations that address the executive compensation excise tax that could hit family businesses that have associated foundations. These regulations are a result of a provision in the 2017 tax bill that imposed a 21 percent excise tax on executive compensation at nonprofits and “related organizations”, which has swept up compensation of employees of family businesses who also serve as officers at the related family foundation. ACR met with Treasury officials and submitted a letter outlining our concerns last year, and we expect regulations to come out sometime this year that will include some sort of exemption for officers of foundations who receive little or no compensation, or spend minimal time at the foundation.

In 2019, California Assemblywoman Buffy Wicks introduced a bill that would give the attorney general broad authority to seek information related to donor-advised funds. ACR and The Philanthropy Roundtable, among other philanthropic organizations, expressed concern that it would threaten donor privacy, and the bill was ultimately held for reconsideration in January of this year. In the meantime, the bill sponsor amended the language in an attempt to protect donor privacy by prohibiting disclosure of personal information. However, we still don’t think the updated language went far enough to protect donor privacy.

Ultimately, given the pushback from the foundation community, Assemblywoman Wicks pulled the bill from consideration and is instead expected to introduce a more targeted bill sometime this month. ACR sees a donor’s right to privacy as critical to philanthropic freedom, and we’ll continue working with our allies in California to oppose legislation that seeks to strip away that right to privacy.

In January, ACR and local nonprofit leaders met with Congressman Don Beyer (D-VA) in Northern Virginia. Congressman Beyer is a member of the Ways and Means Committee and a longtime member of the charitable community. 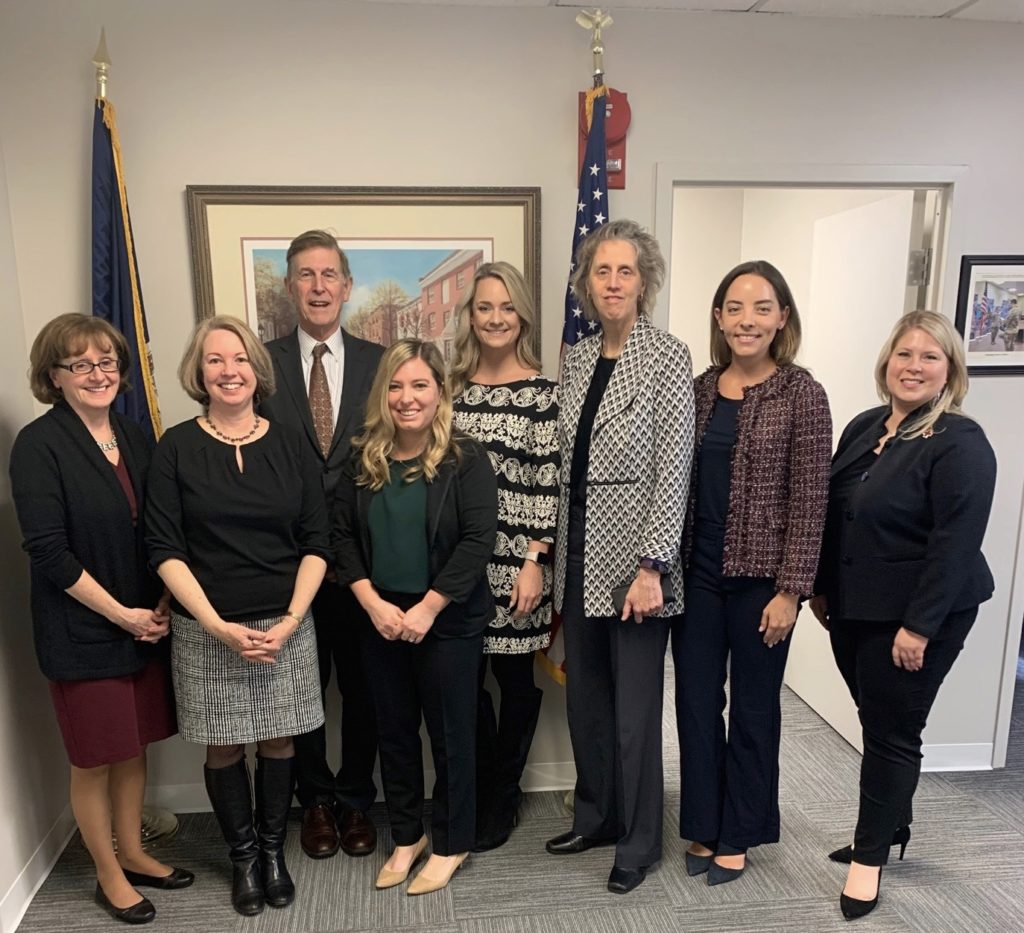 Attendees discussed recent charitable giving trends, including the steady decline in Americans giving to charity and the recent decline in individual charitable giving, as well as legislative solutions to reverse the trends. Congressman Beyer has a unique understanding of the importance of charitable giving; he previously served as chairman of the Alexandria Community Trust and currently serves on several nonprofit boards. He acknowledged the concerning trends and plans to look into cosponsoring legislation that would expand the charitable deduction to all taxpayers.

In the coming months, we’ll be meeting with more lawmakers across the country and sharing with them the importance of charitable giving and expanding the charitable deduction so it’s available to all taxpayers.

This month began the caucus and primary season for the 2020 presidential election, with both Iowa and New Hampshire holding their contests. South Bend Mayor Pete Buttigieg won the Iowa Caucus and Senator Bernie Sanders (I-VT) won the New Hampshire Primary. The next two contests will be held in Nevada and South Carolina, where many candidates have their last shots at obtaining enough delegates to remain viable. On March 3, known as Super Tuesday, 14 states will hold their primaries, and more than one-third of pledged delegates will be awarded to candidates. As of now, who will be the Democratic nominee remains to be seen, but the field will likely become much clearer after March 3rd.