The ACR newsletter tracks with the end of congressional sessions to highlight the most important developments here in Washington. The timing will vary, based on the congressional calendar, but you can expect a newsletter from us about once a month. In the meantime, we’ll be sharing significant developments through our email News Alerts and in real time on our Twitter feed (@ACReform) through our #HillScoop and #SectorScoop updates.

Last week, ACR hosted its annual Summit for Leaders, during which foundation leaders gathered in Washington to meet with lawmakers, members of the media, and sector influencers to discuss emerging issues facing philanthropy.

At the top of that list is the idea to tax wealth and products of wealth floated by some of the presidential candidates. So far, we’ve seen several proposals that could stifle philanthropy if crafted poorly, including the so-called wealth tax from Senators Bernie Sanders (I-VT) and Elizabeth Warren (D-MA). Berkeley economists Emmanuel Saez and Gabriel Zucman, who are informing Sanders’ campaign, and previously Senator Elizabeth Warren’s (D-MA) campaign, suggested wealth should be defined as all assets under the taxpayer’s control, which would include family foundations, some private foundations and perhaps donor-advised funds.

Former Congressman Ben Chandler led members of the ACR leadership team in meetings with his former colleagues and key lawmakers, including Senate Majority Leader Mitch McConnell (R-KY), Senator Chris Van Hollen (D-MD), and Congressmen Mike Thompson (D-CA) and Ron Kind (D-WI), to draw attention to the potential impact on philanthropy that taxing wealth could have and discuss how lawmakers can avoid making that mistake.

Early this month, the Treasury Department released initial data that shows a decline in charitable giving from 2017 to 2018. Because many charitable organizations haven’t completed their 2018 filings, the data is not yet complete, but it already shows a $3.4 billion drop in total charitable giving, which includes individual giving and grantmaking. Complete data is expected later this year when the remainder of returns have been processed.

Our Take: In a year when the economy was booming, charitable giving should be way up, not down. However, given the drop in the number of donors over the past 14 years, coupled with less taxpayers eligible to take a charitable deduction, this tracks with our prediction that charitable giving would decline after 2017. We know tax incentives work to encourage giving, so we’re continuing to work with the Charitable Giving Coalition to advance legislation that would create a universal charitable deduction for all taxpayers and reverse this decline. You can read more about using tax policy to incentivize giving on ACRs blog here.

As of this writing, Vice President Joe Biden is leading the race with 898 delegates, followed by Senator Bernie Sanders with 745. ACR continues to follow the nominating process closely, as the candidate who comes out on top will be part of the national conversation on tax policy in the lead-up to the election, and those policies often impact philanthropy directly or indirectly.

Our Take: We’ve already seen proposals from the remaining candidates that concern us, including Vice President Biden’s proposed cap on the charitable deduction and Senator Sanders’ proposed wealth tax, both of which could depress philanthropy and charitable giving. So, we’ll be keeping a close eye on the candidates and any other policies they might release that could impact the sector and fashion an informed response.

In February, ACR and Alabama nonprofit leaders met with Congresswoman Terri Sewell (D-AL) in Birmingham to discuss recent charitable giving trends and the policies Congress can enact to reverse troubling declines in donors and donations. Congresswoman Sewell shared the concerns of the attendees around the drop in charitable giving and givers, and she agreed to sign onto multiple bills that would expand the charitable deduction to all taxpayers. She is now a cosponsor of H.R. 1260 and H.R. 651, both of which create a universal charitable deduction. 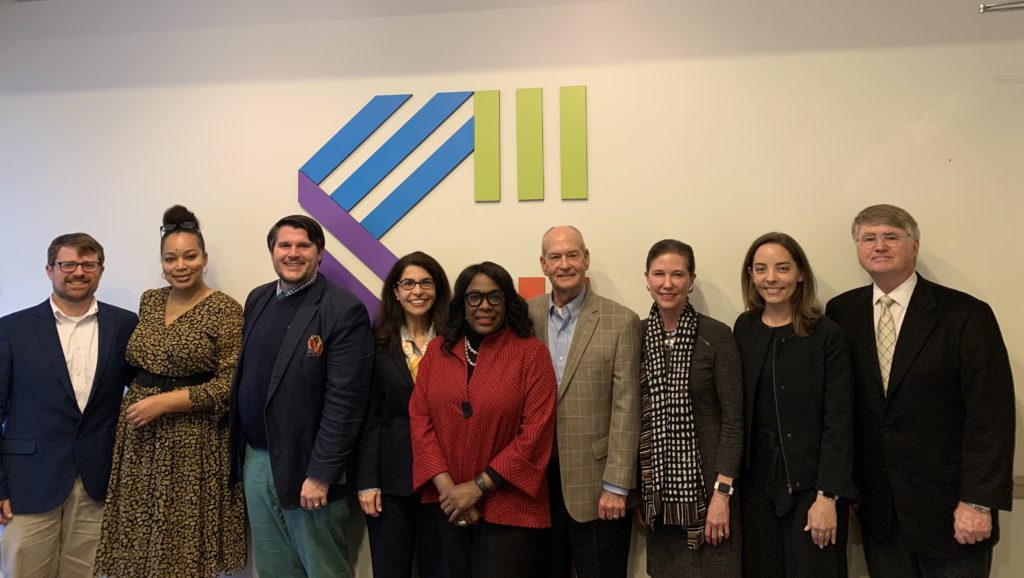 The congresswoman encouraged hometown meetings like this one where nonprofits meet with members to show the real community impact of their work and the charitable deduction. To read more about hometown engagement, read our latest blog post.

In recent weeks, the administration and congressional leaders have turned their attention to the coronavirus outbreak and working through various policy proposals to stop the spread and mitigate its effects. President Trump signed an $8 billion emergency funding bill into law on March 6, but additional proposals are being considered to help contain widespread economic instability as a result of the virus.

At the end of last week, the House passed legislation to provide relief through employers for employees forced to take leave due to the virus and on Monday night passed a revised version that corrected​ some technical errors. The relief includes a refundable tax credit to fund paid sick leave, up to two weeks, for employees impacted by the virus. The credit applies to payroll taxes and therefore allows nonprofits to also benefit. The Senate is expected to consider the bill as early as today.

When crises like the recent coronavirus outbreak arise, philanthropy is in a unique position to step in and respond quickly with innovative approaches because private organizations often lack the red tape of government funding.

Over the last few weeks we have seen the government work through various proposals to help fight the coronavirus outbreak, but as they determine the best government response, philanthropy is already taking risks and looking for new solutions.

The Gates Foundation, along with two other charities Wellcome and Mastercard Impact Fund, have committed $125 million to improve coronavirus detection, isolation and treatment efforts. In Seattle, the Seattle Foundation created the COVID-19 Response Fund, which will provide flexible resources to organizations in the Pacific Northwest who are working with the communities most likely to be impacted. And that’s not all; to date, philanthropic funding to combat the virus has topped $1 billion, with $182 million from U.S. sources.

We’ve seen philanthropy step in during times of need before, whether because of public health crises or natural disasters, and we’re seeing it again now. Philanthropy cannot replace government, but it can buttress the government’s response and provide efficient, creative and often risky solutions and support.  And we need to ensure we continue to have a thriving charitable sector for critical times like these.

Blog: Making the Case for Philanthropy in Your Hometown​