On June 18, GivingUSA released The Annual Report on Philanthropy for the Year 2018, the data on charitable giving from the first year since the implementation of tax reform. The numbers show a 1.7 percent drop in charitable giving in 2018 (3.4 percent drop when adjusted for inflation), and nearly every type of charitable organization (save environmental/animal welfare organizations and international affairs) saw giving decline or remain flat.

This decline in giving is troubling and, combined with the already alarming trend of a decrease in donors, will negatively impact civil society. According to the Charitable Giving Coalition, the 3.4 percent decline in individual giving (roughly $10 billion) is more than the combined operating budgets of these national charitable organizations: American Red Cross, Goodwill Industries International, Inc., YMCA of the USA, Habitat for Humanity, United Way Worldwide, Catholic Charities USA, and American Cancer Society.

ACR has been working with the Charitable Giving Coalition to build support in Congress for a universal charitable deduction to address the drop in Americans giving to charity and the expected decline in giving, and this data is helpful in making the case.

Last month, Reps. Earl Blumenauer (D-OR) and Mike Kelly (R-PA) introduced the Charities Helping Americans Regularly Throughout the Year (CHARITY) Act, H.R. 3259. The bill is an updated version of the same legislation from past congresses and includes a 1-percent streamlined private foundation excise tax; an expansion of the IRA charitable rollover to donor-advised funds; mandatory e-filing of Form 990; and an increase to the standard mileage rate for charitable contributions deduction. The PF excise tax and IRA/DAF rollover provisions are key ACR priorities.

Of note, Ways and Means held a markup of four tax bills last week (see more in Other News You Can Use), and one of the bills considered and advanced included a provision to streamline the private foundation excise tax to a revenue-neutral rate of 1.39 percent. While we are delighted to see the Way and Means Committee work to streamline the excise tax for private foundations, we support a flat 1 percent rate, as any rate above that would be a tax increase on many foundations. We are working with Ways and Means members to get the 1.39 percent down to 1 percent before a floor vote. Stay tuned.

What We Learned from Congressman Steven Horsford (D-NV)

On Friday, June 28, ACR staff and Nevada nonprofit leaders met with Rep. Steven Horsford (D-NV) in North Las Vegas to discuss charitable giving trends, including the most recent Giving USA report, and how members of Congress can help support policies that would expand the number of donors and the dollars donated. Nevada’s Fourth Congressional District and the charities that serve its constituents are in a unique situation, where services are needed in all areas, yet a small area of the district is relied upon for the bulk of charitable giving. 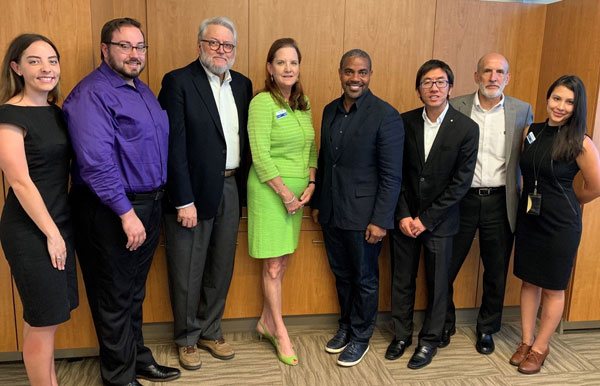 Congressman Horsford agreed that the tax code needs to be amended to reinstate the charitable deduction to more Americans so the organizations in his district can continue providing important services. The congressman said he expects the Ways and Means Committee to hold another hearing on changes to the 2017 tax bill this month, and the charitable sector is expected to come up. 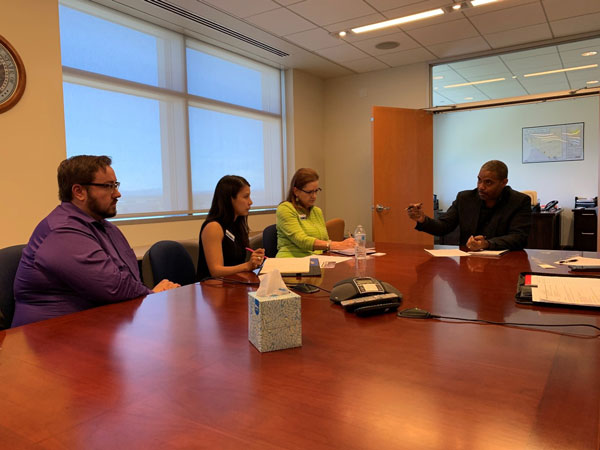 We encourage you to take a look at our Roadmap for Action section below and request similar meetings with your members of Congress.

On Thursday, June 20, the House Ways and Means Committee held a markup to consider four tax bills, all of which passed out of the committee with Democratic-only support. During the markup, frequent criticisms of the bills and proposed amendments were due to the lack of provisions to offset the cost of the bills. Chairman Richard Neal (D-MA) indicated additional offsets would be included on the House floor, but what those look like remains unknown.

One of the bills the panel considered was the Economic Mobility Act, which passed 22-19 with Democratic-only support. It is important to note the legislation included a repeal of the UBIT on transportation/parking benefits imposed on nonprofits. Twelve lawmakers mentioned their support of the repeal of the “parking tax”, and Rep. John Lewis (D-GA) requested all testimony from a previously canceled hearing on the issue be entered into the record. Ranking Member Kevin Brady (R-TX) offered an amendment that would strike all provisions in the Economic Mobility Act except the transportation/parking UBIT repeal, and while Democrats voted against the amendment, it’s clear repeal of the provision continues to have bipartisan support.

Given the Democratic-only support for all four bills in the markup, the likelihood of any of them going anywhere in the Senate is slim. However, several of the provisions discussed have bipartisan support, and objections were to the process instead. As of now, any real movement on tax legislation isn’t expected until the fall, when lawmakers will also be working on legislation to fund the government and avoid hitting the debt ceiling (the country’s credit card limit).

As you may recall, ACR updated our Roadmap for Action for the 116th Congress, which offers a 12-month plan to engage with lawmakers and influencers in your community and in Washington.

July’s action item is to request and attend an in-district meeting with your local Congressman to discuss issues affecting the charitable sector. With the recent release of GivingUSA’s annual report, this is a great opportunity to speak with the lawmakers in your district about the decline in giving and the impact it has on your organization and community. You can find all the resources you need here.