One of ACR’s legislative priorities is the simplification of the private foundation excise tax to a flat 1 percent. For several years, we’ve worked with members on the Ways and Means Committee and Senate Finance Committee to build support for the 1 percent rate, in both standalone legislation and larger packages, such as the CHARITY Act and the America Gives More Act.

In June, the Ways and Means committee advanced disaster tax legislation that included a provision to streamline the private foundation excise tax to a flat 1.39 percent. This rate was chosen because congressional staff estimated that at that rate, there would be no cost to the federal Treasury. So, in other words, the 1.39 percent rate was revenue neutral. While we are pleased to see Ways and Means acknowledge the two-tiered tax is flawed, we are working to reduce it further before the legislation is voted on by the full House of Representatives. The following arguments seem to resonate most with Members of Congress and their staff:

We’re working with our colleague organizations, including Council on Foundations, Independent Sector, and several regional associations, on a united front to press for a flat 1 percent rate. Follow us on Twitter @ACReform for more updates.

Since 2017, ACR has been hosting meetings in lawmakers’ hometowns for foundations and grantees to discuss recent charitable giving trends and how Congress can help support policies to expand giving. Since then we’ve hosted more than 15 meetings from Los Angeles, CA, to Orlando, FL, to Mishawaka, IN.

What We Learned from Congressman Danny Davis (D-IL)

In late July, ACR staff joined Chicago-area nonprofit leaders to meet with Rep. Danny Davis (D-IL) to thank him for his efforts in expanding the charitable deduction and discuss ways in which the sector, and national organizations like ours, can continue to make the case with his colleagues to build support for the cause. 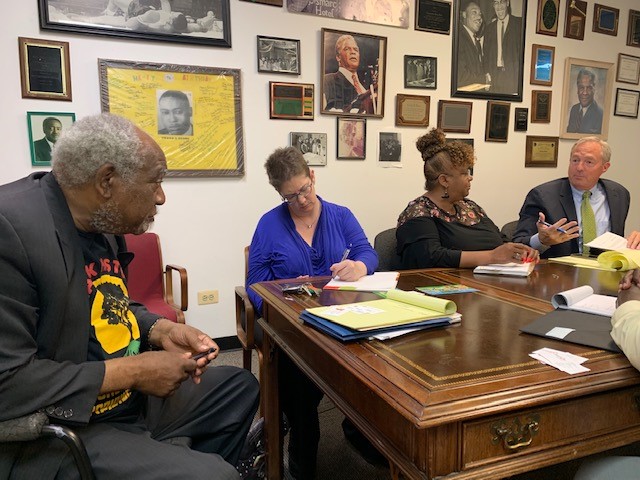 Rep. Davis is a longtime supporter of the charitable sector, and his bill, H.R. 1260, would make available the charitable deduction to all Americans. In addition to urging us to continue meeting with his colleagues on the Ways and Means Committee, Rep. Davis reminded us of an important connection: the connection that a lawmaker has with his/her own constituents. For Rep. Davis, and likely most others, hearing about the impact that a decline of donors and dollars is having in the local community is the most effective way of changing lawmakers’ minds. ACR’s Hometown Engagement Project is facilitating that connection. 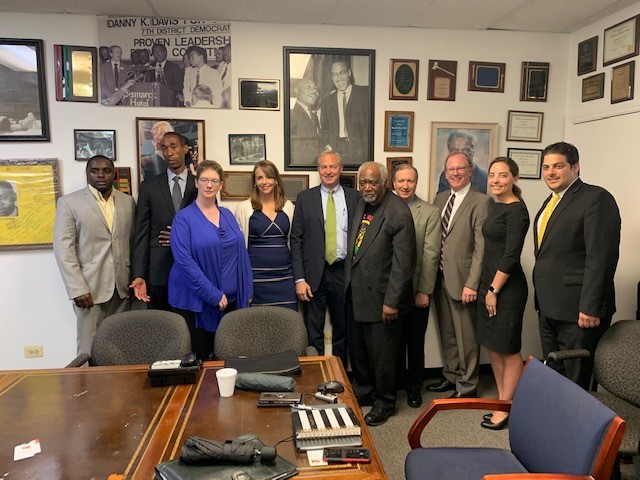 What We Learned from Congresswoman Stephanie Murphy (D-FL)

Just last week, we joined nonprofit leaders in central Florida to meet with Ways and Means Committee member Rep. Stephanie Murphy (D-FL) and discuss recent charitable giving trends, along with legislative solutions to drive more giving. Congresswoman Murphy recognized the importance of the charitable sector to the community and said, “it’s the nonprofit world that provides assistance when government is gridlocked and when the business sector doesn’t see a place for itself.”

The Congresswoman rightly recognized the need to encourage younger Americans to engage in philanthropy and volunteerism. She chairs the Future Forum, a caucus of Democratic lawmakers focused on policies that affect young people, which she suggested could be an avenue for additional congressional action to drive more engagement in the charitable sector. We look forward to exploring that further. 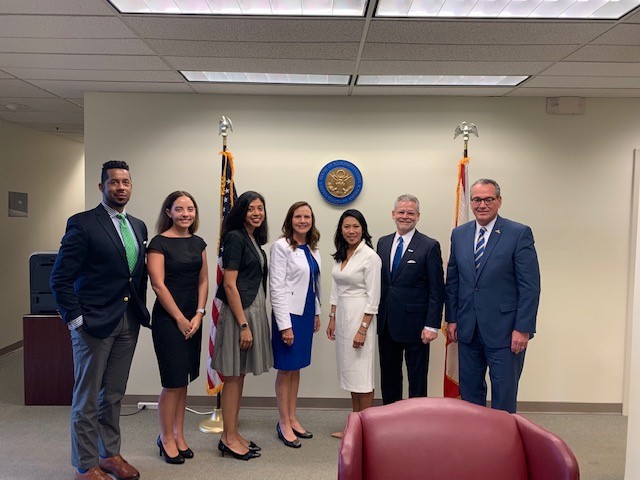 Follow us on Twitter @ACReform for live updates on our Hometown Engagement Project and see what your lawmakers have to say about recent charitable giving trends.

As you may recall, the 2017 tax bill included a new 21 percent tax on foundations that pay their family officers and employees more than $1 million. But, Treasury is trying to include in that $1 million compensation received from “related organizations.” And that means salaries earned by family foundation officers at the family business.

Not only does this have a financial impact on foundations (and related companies), but it could also chill interest in working as an executive at a nonprofit if you’re already a business leader. Therefore, resulting in real implications for meaningfully engaging in civil society.

ACR met with Treasury officials and then summarized our concerns in a formal comment letter (you can find ACR’s comments here). We’ve been told by Treasury officials that they are working to address these concerns, and we expect another round of regulations to be out in the early fall.

Before adjourning for the August work period, the House and Senate passed a two-year budget and debt ceiling package, which would increase federal spending by $320 billion and raise the government’s borrowing limit as part of an agreement that would suspend the debt ceiling until the end of July 2021. The package did not include any tax provisions such as tax extenders or technical corrections, which many, including Finance Chairman Chuck Grassley (R-IA), were hoping might be included. President Trump signed the budget deal on Friday afternoon.

When lawmakers return to Washington in September, we expect tax writers will get to work on various tax priorities – tax extenders, technical corrections to the 2017 tax bill, and disaster relief – that they want to get done before year end. We’ll keep you updated on any charitable provisions that might move along with them.

As you may recall, ACR updated our Roadmap for Action for the 116th Congress, which offers a 12-month plan to engage with lawmakers and influencers in your community and in Washington.

August’s action item is to attend an in-district town hall your local Congressman to discuss issues affecting the charitable sector. With the recent release of GivingUSA’s annual report, this is a great opportunity to bring the decline in giving to your lawmakers attention and the impact it has on your organization and community. You can find all the resources you need here.

John Tyler, a member of ACR’s leadership team, recently reviewed Robert Reich’s book, Just Giving: Why Philanthropy Is Failing Democracy and How It Can Do Better (2018). Below is an abstract, and you can find the full review here.

For more than ten years, Prof. Rob Reich has lamented that foundations have been allowed to be “subsidized,” unaccountable, opaque, and powerful — as he and others conceive of foundations and their environment.

This lament is presented in his recent book, which positions its purposes on five pillars: (1) philanthropy is repugnant to democracy as described; (2) philanthropy is an “artifact” of the State; (3) foundations are opaque and unaccountable; (4) donor intent and perpetuity are subversive; and (5) the charitable deduction is a “subsidy” with no redeeming value except possibly as a tool to justify reining in foundations and philanthropy. However, each pillar leaves out critical elements and analysis, and the vacillation between theory and practice without noting the switches or fully presenting either creates confusion.

Those pillars are intended to support two possible roles – and only two roles — as acceptable for foundations in democracy: discovery and advancing pluralism. However, their positioning neglects important chronologies and histories and suffers from other missing substantive analysis that also does not sufficiently support restricting foundations to these and only these functions.

Finally, there seems to be a disconnect between overt objectives, actual presentation, and implicit purposes, which contribute to substantial concerns about critical gaps and missing information and perspective about foundations, philanthropy, and democracy.

Ultimately, the theory and its presentation are too confusing, incomplete, and nuanced in part because they neglect substantive ways in which foundations and philanthropy are not only not repugnant to and not failing American representative democracy but are actually consistent with it and even exemplars of it, which is a topic for another day.

John Tyler is the General Counsel, Secretary, and Chief Ethics Officer for the Ewing Marion Kauffman Foundation. He is also a lecturer at Columbia University.