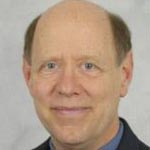 Eugene Steuerle serves in the Richard B. Fisher Chair at the Urban Institute. Among his previous positions, he has served as Deputy Assistant Secretary of the Treasury for Tax Analysis, President of the National Tax Association, chair of the 1999 Technical Panel advising Social Security on its methods and assumptions, and Vice-President of the Peter G. Peterson Foundation. He is a co-founder of the Urban-Brookings Tax Policy Center, the Urban Institute Center on Nonprofits and Philanthropy, and ACT for Alexandria, a community foundation that he also currently chairs. From 1984 to 1986, he worked as the original organizer and economic coordinator of the Treasury Department’s tax reform effort leading to the Tax Reform Act of 1986. Among his many books are Contemporary U.S. Tax Policy (2nd edition), Nonprofits and Government (with Elizabeth Boris), and Nonprofits and Business (with Joseph Cordes). Mr. Steuerle recently served as an advisor to President Obama’s National Commission on Fiscal Responsibility and Reform (the Simpson-Bowles Commission) and a member of the Peterson-Pew Commission on Budget Reform.

Among many efforts at the Urban Institute, he co-directs a project on Tax Policy and Charities, analyzing the many interactions between the tax system and the charitable sector. One of his many suggestions for reforming the charitable sector, allowing taxpayers to take deductions up until time of filing as they do with individual retirement accounts, is among those actively being considered by Congress.

His recently published book, Dead Men Ruling, finds common cause for many of our economic woes in the unique modern effort of both political parties to control legally a future they cannot possibly know. To subscribe to his regular column and other blog posts, visit http://blog.governmentwedeserve.org/. Dr. Steuerle also welcomes invitations to speak on the book.