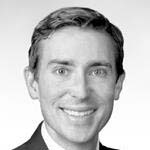 Alexander Reid is of counsel in Morgan Lewis’s Tax Practice. Mr. Reid advises tax-exempt organizations of all varieties, including charities, foundations, colleges and universities, museums, and other nonprofit organizations. He assists clients in structuring philanthropic enterprises and collaborations with commercial entities to accomplish charitable objectives. He represents taxpayers under audit and helps organizations improve governance and enhance tax compliance. Mr. Reid also counsels taxpayers seeking administrative guidance from the Internal Revenue Service and Treasury Department as well as on legislative matters with Congress.

Prior to joining Morgan Lewis, Mr. Reid served as legislative counsel for the Joint Committee on Taxation, where he advised Members of Congress and staff regarding tax policy and drafted legislation, hearing publications, and technical explanations of tax legislation. Before his time with the government, he was a senior associate in the tax practice of a prominent international law firm. He has also served at the U.S. Department of the Treasury’s Office of Tax Policy as a tax policy fellow.

Mr. Reid is chair of the Tax-Exempt Organizations Committee of the District of Columbia Bar and is vice chair of the D.C. Bar Tax Section Steering Committee.

Mr. Reid earned his J.D. in 2001 and his LL.M. in 2002, both from New York University School of Law where he served editor-in-chief of the New York University Law Review. While in law school, Mr. Reid was a fellow with the National Center on Philanthropy and the Law, and he received the Paul D. Kaufman Memorial Award for his article on the regulation of commercial activity in charitable organizations. Mr. Reid earned his B.A. from Yale University in 1997, where he was awarded the Beinecke Scholarship for “intellectual ability, creativity, and leadership.”

Mr. Reid is admitted to practice in the District of Columbia, New York, and Massachusetts.