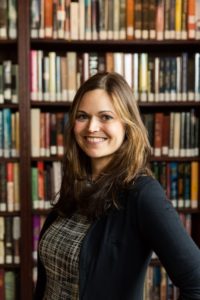 The Board of The Philanthropy Roundtable is pleased to announce that it has selected Elise Westhoff as its next president and CEO, effective June 1, 2020.

Prior to joining the Foundation, Elise directed the fundraising program for the Neurosciences at the Indiana School of Medicine. She also worked in planned giving and major gifts at The New York Public Library. Elise is a member of the board of directors of the Commonwealth Foundation and The Philanthropy Roundtable and a member of the Forum of Executive Women. She holds a Bachelor of Arts in history, criminal justice and political science from Indiana University, and lives in Haverford with her husband and three children.